Receive 10% off 6 bottles or 15% off + Ground shipping included on 12+ bottles of Argyle wines at checkout — excludes Gift sets and Magnums Shop Now
Skip to content
September 3, 2020

Oregon Outside the Pinot Noir Box 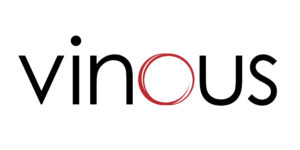 For many wine lovers, Oregon, and especially the Willamette Valley, is all Pinot Noir, all the time. Perhaps no other region in the New World is so closely associated with a single variety. And yet there’s so much more happening here, especially with Chardonnay. White wine and reds not made from Pinot Noir are approaching almost half of our annual Oregon coverage, which is a remarkable development over the last decade.

The last five vintages, which have been uniformly excellent in Oregon, presented winemakers with a golden opportunity to produce truly world-class wines from all varieties, and they responded with impressively consistent aplomb. Chardonnay, in particular, has become a deadly serious subject for the state’s growers and winemakers, as evidenced by the sheer number of outstanding renditions of that variety that I have been sampling recently. While Chardonnay (along with every other variety, for that matter) has long stood in the shadow of the omnipresent Pinot Noir, that’s emphatically no longer the case. The best examples – and their number is growing exponentially – deserve to be compared to top California bottlings, and, for the time being at least, they mostly deliver similar quality and complexity at relatively lower prices. I suspect that will be changing, though, as wine lovers notice what’s going on here…

There’s a fairly long history of Méthode Champenoise sparkling wines in the Willamette Valley, led by Argyle, which was and continues to be the pace-setter for high-end, high-quality bubbly in the region. Over the last decade they have been joined by a number of other noteworthy producers, such as Soter Vineyards (who have been at it for some time), Pashey (from Trisaetum), Brooks, Flâneur, Kramer and Roco, which is produced by old-timer Rollin Soles, the original winemaker at Argyle. All are worthy of attention. Willamette Valley Vineyards is taking a big plunge into the category with a new facility dedicated to sparkling wine, so I’m sure we’ll be seeing an increasing presence of these wines in the coming years.