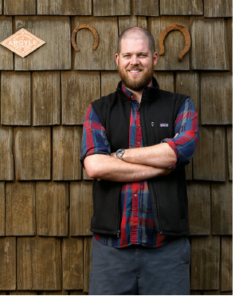 Sparkling wine in America is not the rarefied experience it used to be—and that’s a very good thing. Bubbly retains its status as the classic quaff for holidays and celebrations, but it’s evolving into so much more. As custom-crush services and technologies make it easier to produce sparklers, new players and styles are emerging, though the West Coast’s traditional houses continue to loom large in the market.

For consumers, there are more choices than ever to delight the palate. Since my previous report (‘Pop Culture,’ Dec. 31, 2020 – Jan. 15, 2021), I’ve blind-tasted nearly 100 sparkling wines from California, Oregon, Washington, New Mexico and more. Nearly half of these earned outstanding scores of 90 points or higher on Wine Spectator’s 100-point scale.

With retail prices ranging from $17 to $160, quality sparkling wines are within reach on nearly every budget. Among the top values in this report is the widely available Domaine Chandon Brut Rosé California NV (90 points, $19), a festive sparkler that’s unapologetically Californian. ‘Being rooted in California, I don’t want to recreate Champagne here,’ says Chandon director of winemaking Pau-line Lhote, a native of Champagne.

The top-scoring domestic sparklers this year hail from Sonoma, Napa and Oregon, and many of the labels are familiar players. Iron Horse’s refined Brut Green Valley of Russian River Valley Classic Vintage 2017 (93, $48) is lushly layered, with expressive flavors of strawberry and apple that take on yeast roll and hazelnut accents. Crafted by winemaker emeritus David Munksgard, it’s a blend of 70% Pinot Noir and 30% Chardonnay from the estate’s 160 acres of vines.

Several of the best wines were late-disgorged, a process that allows the bottled wine to rest for an extended time on the yeast left over from the second, or sparkling, fermentation. This technique adds depth and richness, along with toasty, nutty accents. The Argyle Brut Willamette Valley Extended Tirage Master Series 2010 (93, $80) is a blend of 55% Pinot Noir and 45% Chardonnay that was aged in stainless steel and neutral oak before winemaker Nate Klostermann bottle-aged it on the yeast for 10 years. This is a mature and luxurious wine, with notes of apple, orange zest and caramelized almond.

Offering multilayered flavors of cherry and crème brûlée, the luscious Gloria Ferrer Rosé Carneros Carneros Cuvée Late Disgorged 2015 (93, $85) has the same mix of Pinot Noir and Chardonnay but was aged on the yeast for eight years. Winemaker Nicole Hitchcock aged the J Brut Russian River Valley Late Disgorged 2012 (93, $100) on the lees for seven years, at the end of which she added a dosage of reserve wines that were aged in French oak. The result is a decadently rich yet still youthful version.

The Schramsberg Reserve North Coast 2012 (93, $130) is not labeled as late disgorged, but it spends eight years on the lees in the winery’s historic caves. Harvested from vineyards in Marin, Napa, Sonoma and Mendocino counties, this plush and full-bodied wine is 88% Pinot Noir and 12% Chardon-nay, with winemaker Sean Thompson fermenting nearly half the blend in neutral French oak.

From Champagne and Cava to the New World’s range of offerings, sparkling wine is steeped in tradition, with all but a few of this re-port’s top bottlings produced via the méthode traditionnelle: a labor-intensive process whereby wine undergoes a secondary fermentation inside the bottle, creating bubbles. Yet a small but passionate group of winemakers is exploring new ways to add fizz in the bottle.

Oregon winemaker Tony Soter produces traditional sparklers under his namesake brand, but he tried something new with the Planet Oregon Pinot Noir Willamette Valley Rosé Bubbles 2020 (90, $24). Skipping the méthode traditionnelle, he added carbonation to create a fresh bubbly showing hints of mineral and rose petal. Similarly, light carbonation was added to the Brendel Young Leon Frizzante Napa Valley 2019 (89, $35), yielding a refreshing departure from the norm, with strawberry and dried cranberry flavors that show accents of spice and yeast.

The category of sparkling wine known as pé-tillant natural, or pét-nat for short, is an ancient way of producing bubbly that has built a cult following over the past decade. Traditional sparklers begin with a finished still wine that is bottled with additional yeast, and this fermentation creates the bubbles. Pét-nats are bottled while the first fermentation is ongoing, and in the process, bubbles are created, although the result is typically less effervescent than conventional versions.

For Champagne devotees, pét-nat will be an acquired taste. Traditional sparklers remove the lees before adding the final cork, while pét-nats typically retain them in the bottle, which adds aromas and flavors that range from interesting and distinctive to downright funky. A new generation of wine drinkers, especially those who enjoy natural wines, appreciates these wines as an eclectic alternative to more familiar styles.

Pét-nats are typically produced in small quantities, so they might take some searching out. One example from my reviews this year is Sauvage Spectrum’s Pet-Nat Ancestral Method Grand Valley NV (87, $22), which offers citrus and melon flavors with herb notes and dried pine-apple accents. I also tasted Grenachista Dry Creek Valley Grenache Noir Pét-Nat 2020 ($36) non-blind and appreciated its candied ginger, dried orange and spice flavors, but the texture was a bit too brusque for me.

Anne Moller-Racke, owner-winemaker of Blue Farm Wines in Sonoma, was inspired by her daughter, Hannah, to make pét-nat, and the winery just released the Pétillant Naturel Pinot Noir Carneros Sparkling Rosé 2020 (NR, $39). ‘I thought it could be some-thing fun and a great new learning experience,’ Moller-Racke says. ‘My customers really like it. It’s kind of between Champagne and still wine.’

Since a sweet dosage is never added, the grapes are generally harvested more ripe than with typical sparklers. ‘You have not as much control. You can’t adjust it later,’ Moller-Racke adds. ‘It’s a more rustic style than Champagne. It’s more variable bottle to bottle, but not dramatically.’

Pét-nat is a niche market and will likely stay that way, but the wines are influencing younger winemakers who don’t feel bound by tradition. As Moller-Racke concludes, ‘It’s just broadening the spectrum.’”